Make Your Own Succulent Terrarium (but don’t drown it!) 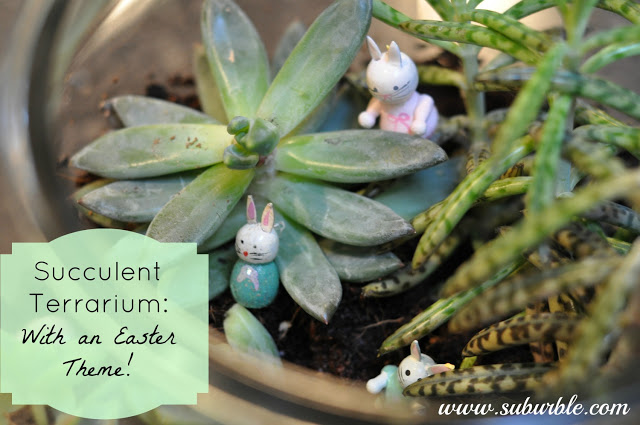 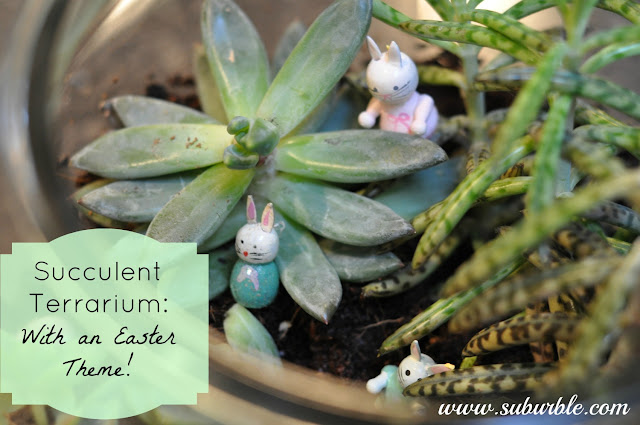 I have been seeing succulent terrariums all over the place, and have yearned to make one of my own. I’ve always loved the look of succulents. Their leaves – arms? – look so soft to me. Does that make sense? Or did I just make you feel uncomfortable? I haven’t ever planted succulents before, and when I was walking through Home Depot and saw a small display of these little beauties, my plan was born! 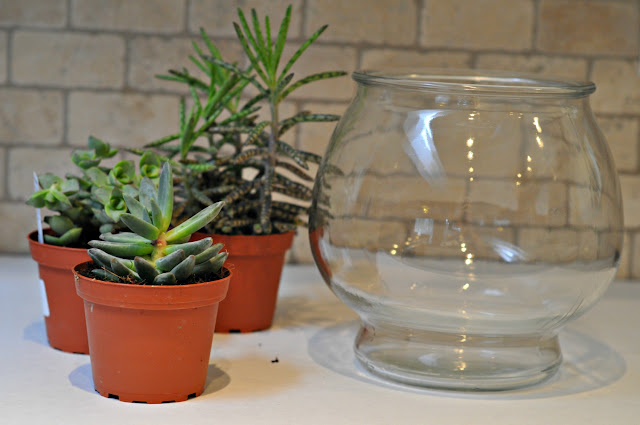 Because I’m a frugal gal, I opted to use a fishbowl that I have held on to ever since my failed attempt at fish ownership. There are many glass vases and bowls out there that are perfect for terrariums; I’ve even seen some individual succulents planted in mason jars!

Now here is the part of the post where I say, “Don’t do what I did!”

It was regular episode of Amateur Hour when I was planting these little fellas. I was chatting on the phone with Grandma Gardener, who was pretty blase about the whole thing: “Oh, succulents are easy! You’ll do great! Just don’t over-water them.”

“Over-water? What do you mean?”

“They only need very small amounts of water, especially in a terrarium…”

“I think I’ve just given them a death sentence.” 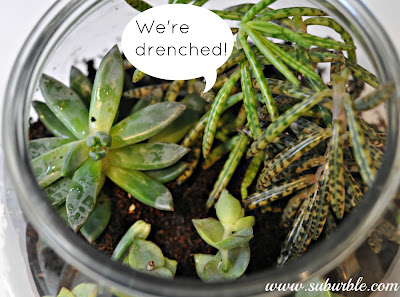 Thankfully, the soil has dried out a bit, and the succulents have proven to tolerate a reckless plant-mother. 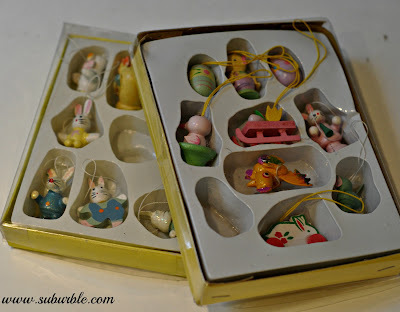 On the same trip to the thrift store where I found my Golden Horse o’ Dreams, I found these packages of teensy tiny Easter decorations. When I first saw them, I envisioned a sweet little Easter tree, and numerous other ideas that I have yet to put into fruition. However, a brilliant idea came to me as I fretted over my damp (and no doubt irritated) plants. 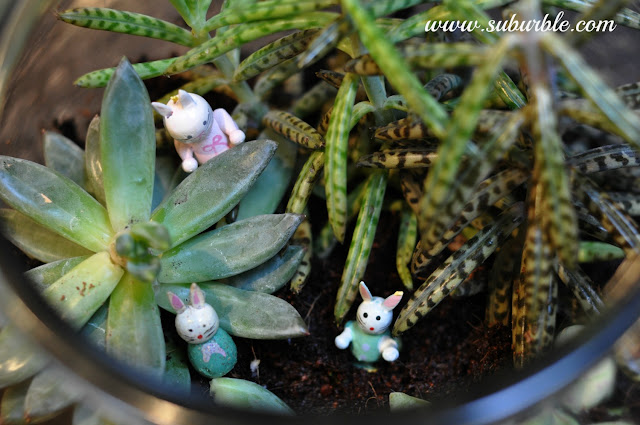 An Easter-themed scene in the terrarium! The girls would love it! 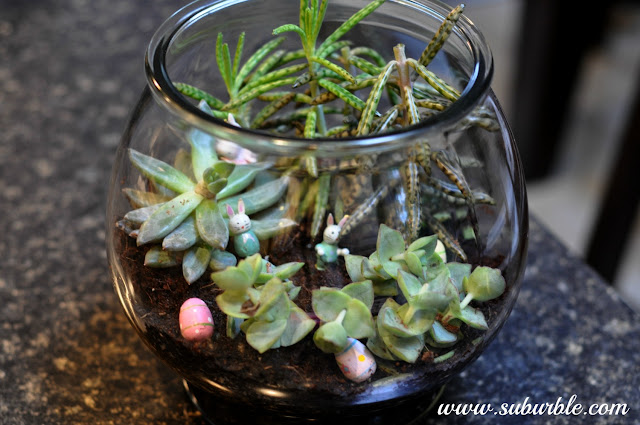 I have to say that trying to get a decent photo of the most reflective and awkward object in the house has not been easy. I had visions of the sunlight streaming through the window, highlighting my giant success in botany. Instead, it’s poured buckets and buckets of rain and the sky has been gray. I’ve given up on waiting.
The scene that I set up was a little Easter egg hunt. It appears as though the bunnies are not very clever, and cannot see the brightly coloured eggs that are nearly the same size as their bodies. But that just adds to the story. Maybe the giant girl bunny is calling out orders to her younger brother bunnies down below? Or maybe they’re all hatching an escape plan?
The food for an imagination is endless in this wee little fish bowl!

When the girls are allowed to take a peek at the terrarium (it is normally kept in a higher spot, away from clumsy hands and flailing arms), the stories that they concoct make the dirty fingernails and damp-soil-anguish worth it. They marvel at the tiny little bunnies and create stories about the miniature egg hunt.

It’s not a very sophisticated terrarium (and seriously, do a bit of Googling and you’ll see some truly fabulous succulent arrangements), but it’s perfect for our little house. I may have to find a few more succulents to make my own… but that’s another project for another day. Because apparently I’m going to make an Easter tree.

Strawberry Fruit-by-the-Foot: Make It At Home!