My Life is Embarrassing: The Linen Closet 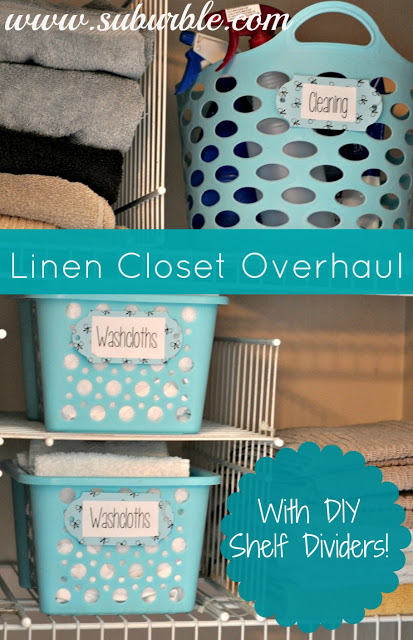 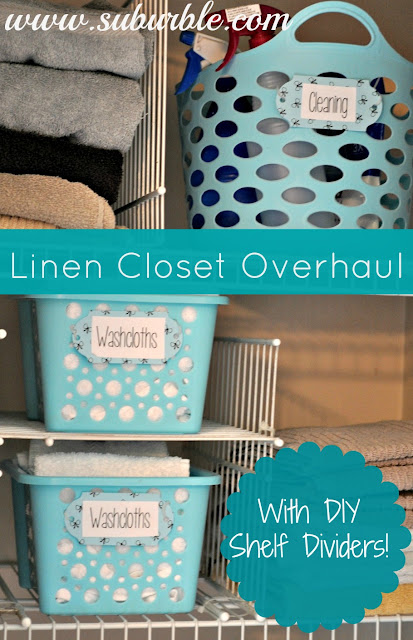 So, I’ve already admitted that there are certain areas of my house that don’t get as much attention as they should. Typically, these areas live behind doors that are able to be closed quite quickly (like closet doors). There has been one area that I’ve neglected, oh… pretty much since we moved in seven years ago: the Linen Closet.

I usually wash our frequently-used sheets and towels and then put them into the bathroom or back onto the beds. And storing the extras? Oh yeah… they’re there… somewhere. 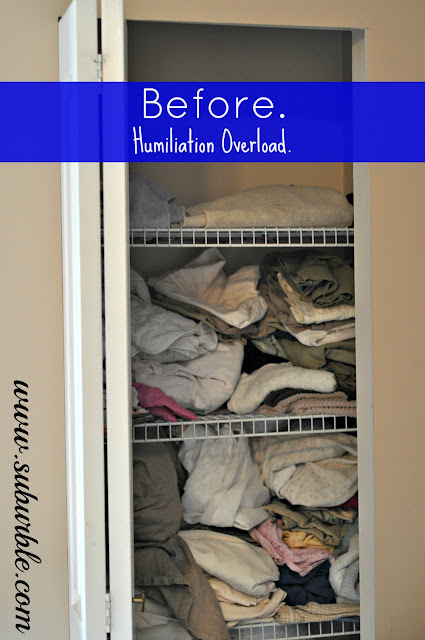 Can it get worse than that? Isn’t that what most people’s laundry piles look like BEFORE they wash their clothes?

Before tackling any area that is loaded down with clutter and neglect, it must be completely emptied. 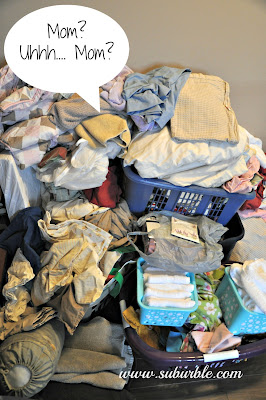 Is this better or worse? I can’t really tell…
Either or, there was a LOT of purging. So much of what was lurking in the cupboard hadn’t been used in years. It was time to cut some ties and make some donations.
In my quest to sort out this mess, I had been searching for dividers for my wire shelves. I have seen pictures of linen closets sporting fantastic little dividers to prevent the dreaded towel/sheet mashup. But when I went to the store, the saleswoman shrugged and said, “Nope. Not here. Maybe make some out of wood?”
Uhhh… yeah. I’ll get right on that.
Then I tried the internet. It said that for $40 I could get 8 dividers, but they would probably break and bend and be a general pain in my ass the whole time. Well, I’m just about full up with pains in my ass right now (see: “Before” picture of this whole mess), so I decided to get creative. 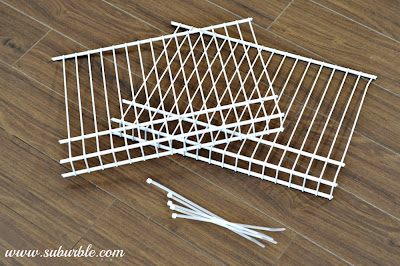 We had some leftover lengths of wire shelving from when we first “created” the linen closet. It was hiding in the shed, still shaken by the sight of the linen closet riot. Thankfully, we convinced the shelf to rejoin its friends in an organizational revolution.
I cut the shelf into 16″ lengths and then grabbed some zap-straps (I love me some zap-straps – they’re like duct tape, but even better!) and got to work!
Using the lip of the shelf as the base of the “divider”, I zap-strapped the smaller sections onto the existing main shelves. 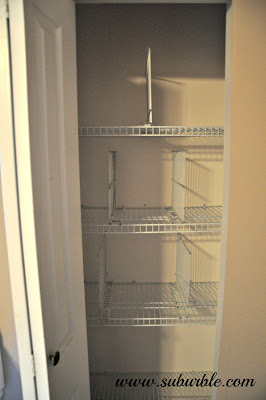 I know that the middle shelf’s dividers are closer together than its brother’s below. Keep reading for my genius moment! 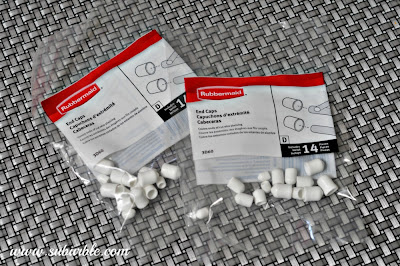 I used some shelf caps to cover the cut ends of my dividers. I had Closet Maid shelving, but these Rubbermaid caps fit perfectly. 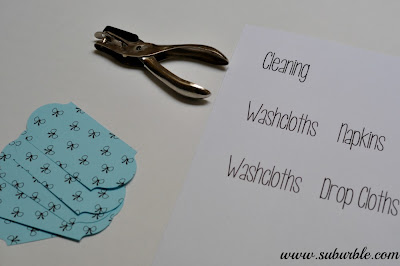 My troop of zap-straps were called into action again when I made labels for the baskets and bins to fit into my newly created “divisions”. I printed out labels and cut out a complimentary paper as a backing. Once glued together, I hole-punched the cardstock and then zap-strapped the little beauties onto their corresponding containers. Oh, and check out the above photo to witness my genius moment!  I created a mini-shelf out of a leftover divider. Efficient space-usage! 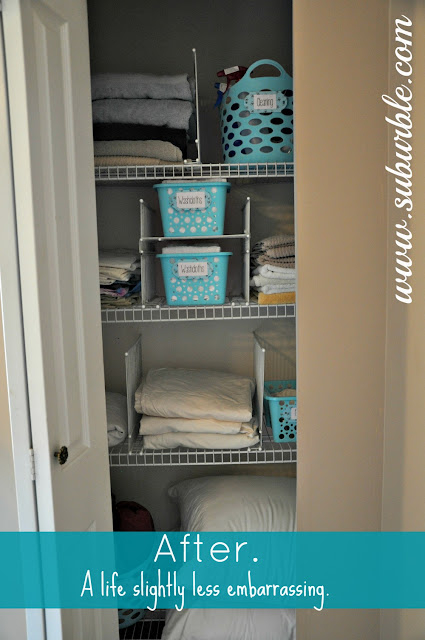 And here are the results of the Linen Closet Project. Yes, I still don’t know how to fold fitted sheets. I’ll file that under “Things I Have Tried To Learn and Then Permanently Given Up On”. But I think that this is a huge improvement over the gong-show that was previously hiding behind that closet door. 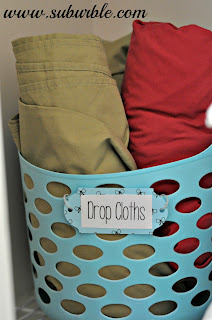 In the Great Purge of Linens, I did keep three flat sheets to be used as drop cloths. This is my mother’s influence. “You can’t ever have too many drop cloths!”
Well, I think that three is fine. It was my previous hoarding tendencies that got me into that mess. 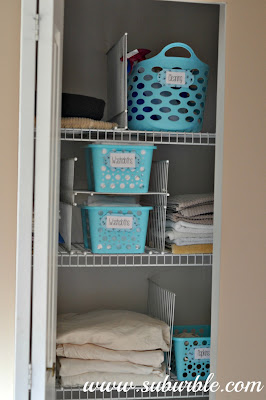 There are spaces for washcloths, towels, sheets, cleaning supplies and napkins. Everything has a home, and there are walls to prevent mushing and mashing and general canoodling. I like it. 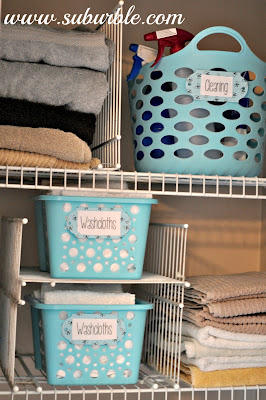 Even Hubby was impressed when I called him up to take a look. What a gal with a plan and some zap-straps can do….

And if you want to judge me based on my Before picture, that’s okay. I judged me too. That’s why doors are so important in life. They are good for self esteem!

If you have a closet that looks a little (or a lot) like mine, consider picking up a length of wire shelving and some zap straps. You’ll save half the cost of the premade numbers, not to mention you’ll get to strut around like the Organizational Peacock that you are!

At least, that’s what I’ve been doing…

Art for Kids' Spaces: Keeping It Cheap and Cheerful!

The Books In Our House: March