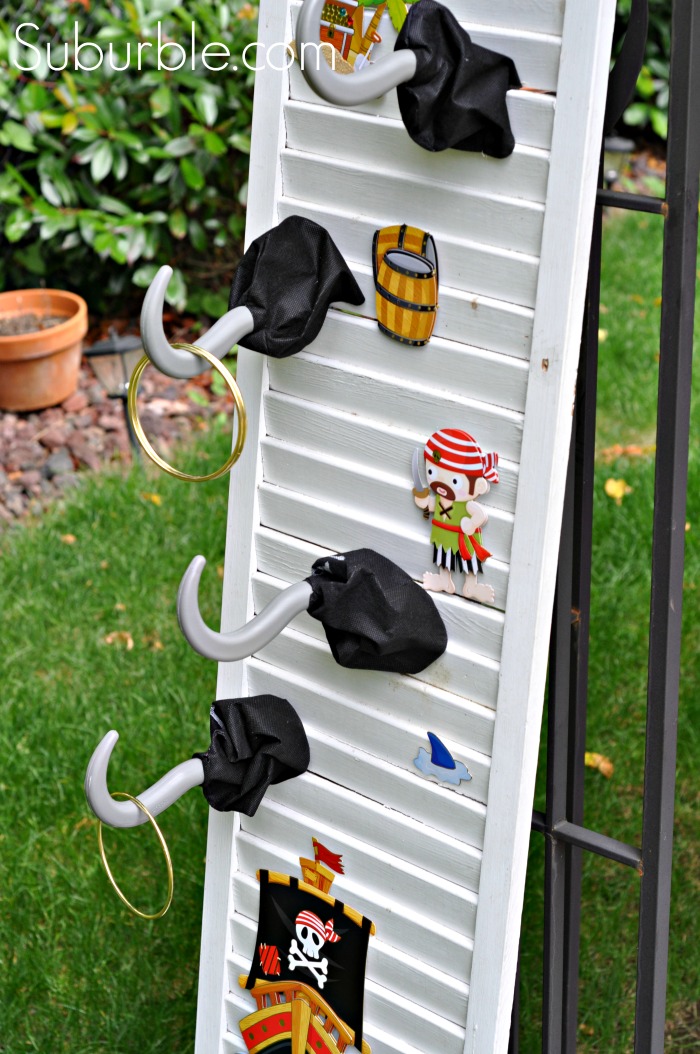 Ahoy, mateys! Fancy a game of ring toss? Pirate Party Week continues today on Suburble, and today I’m sharing a fun party game – Captain Hook’s Ring Toss –  that can be made entirely with things found at the dollar store.

Okay, you’re right, you can’t buy the shutter at the dollar store. But you can scrounge up a piece of plywood or heavy cardboard somewhere. Keep your eyes peeled for those side-of-the-road freebies! 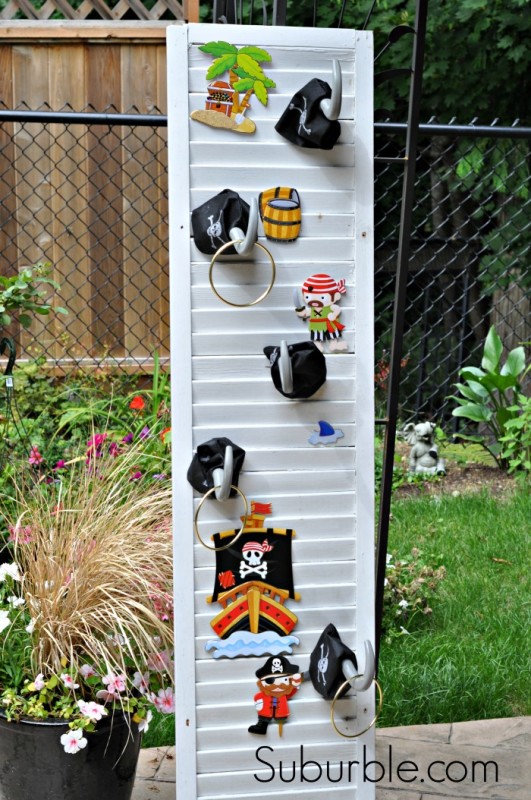 I found this shutter on the side of the road. I know! Who throws away perfectly good shutters?

My neighbours do. Crazy non-bloggers that they are. 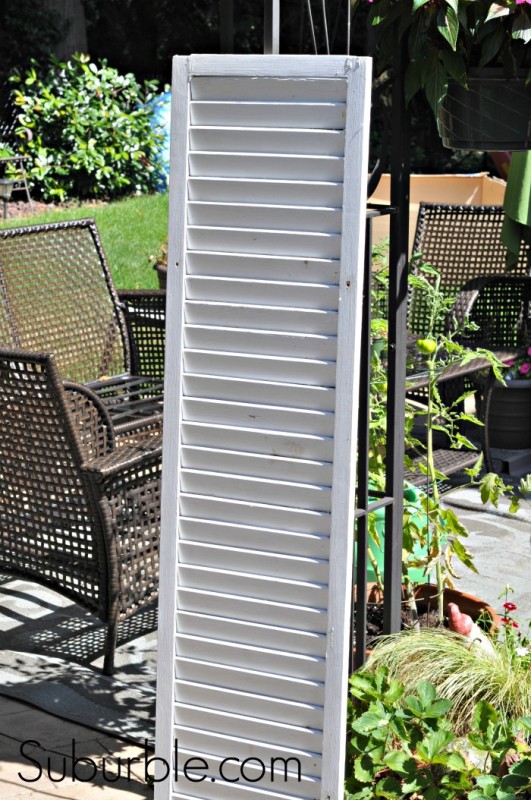 I knew that the shutter would one day have a purpose. It waited, batted its eyelashes at me, and then finally, I recognized its calling. 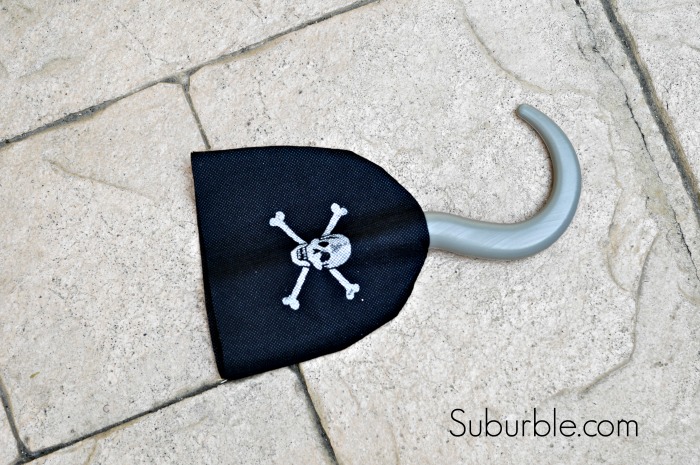 It came to me when I found these little hooky fellas at the dollar store.  I didn’t have enough for every preschooler to use as a weapon (and I can only predict what awesome battles and puddles of tears would result from that scenario), so I decided to turn them into a ring toss.  Captain Hook’s Ring Toss!

And I can’t take all of the credit for this ring toss brainstorm. I saw this clever party game on Pinterest, and of course it was a huge inspiration! 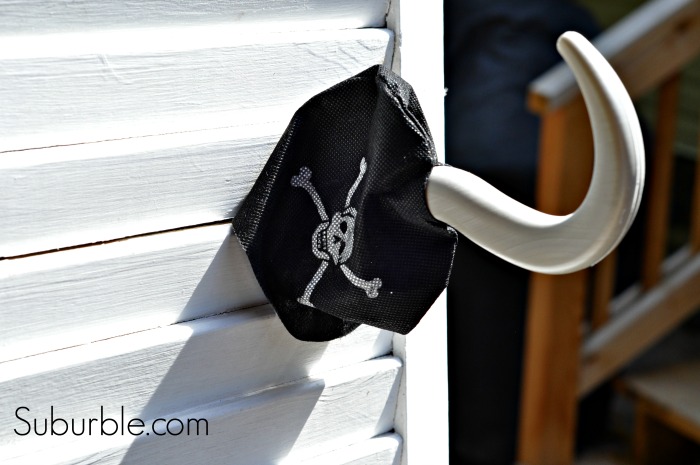 By drilling a screw through the shutter and into the bottom of the hooks, they were ready to fulfill their destiny. 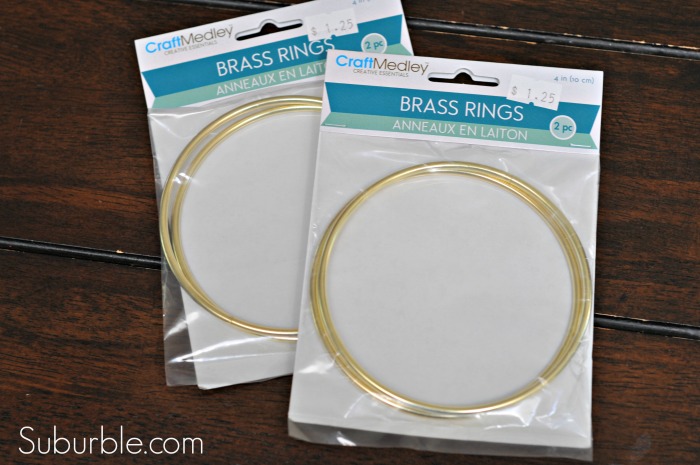 I had a brief moment where I wondered what I would use as rings. I even considered sawed-off pieces of PVC pipe. Mr. Suburble reminded me that PVC pipe will cut the living crap out of the kids’ hands. Nothing says, “Party!” like bloody fingers, right?

Then I stumbled onto these gold craft rings in the craft aisle of the dollars store. What are they for? Dream catchers? I have no idea. But they were perfect! 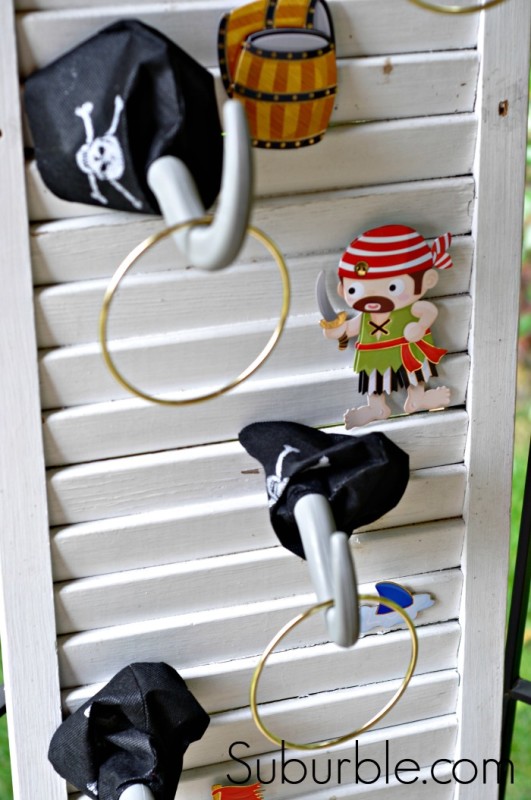 The dollar store also had these absolutely adorable pirate wall decorations. My tiny pirate-preschoolers had a great time decorating the shutter with the stickers.

Yes, I’m creating mini party-planners who will most likely have Pinterest accounts before they have Facebook accounts. Is there a problem with that? 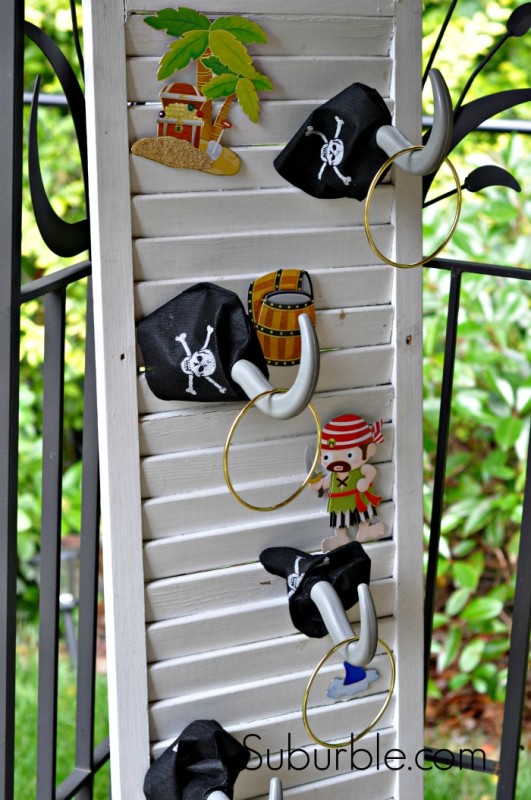 At the party, the kiddos each had unlimited turns throwing (or sometimes placing, depending on the patience level of the kid) on the hooks. Each “hooked” ring earned them a pirate accessory (as modelled in yesterday’s post). 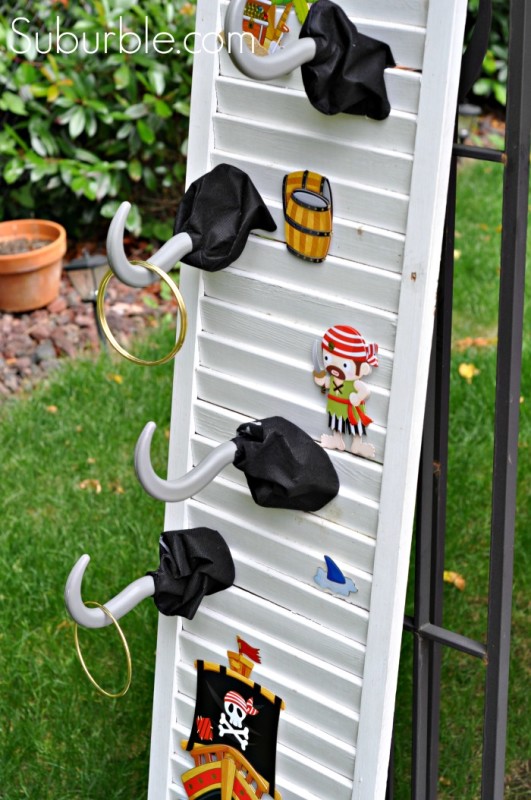 Kiddos donned necklaces, faux-earrings, and pirate telescopes to complete their costumes! It was a great way for them to “earn” their pirate gear.

And when all was said and done, it was a simple and inexpensive project!

Don’t Miss Any Of The Pirate Party Week Posts! Follow Along!