Where I get it from… 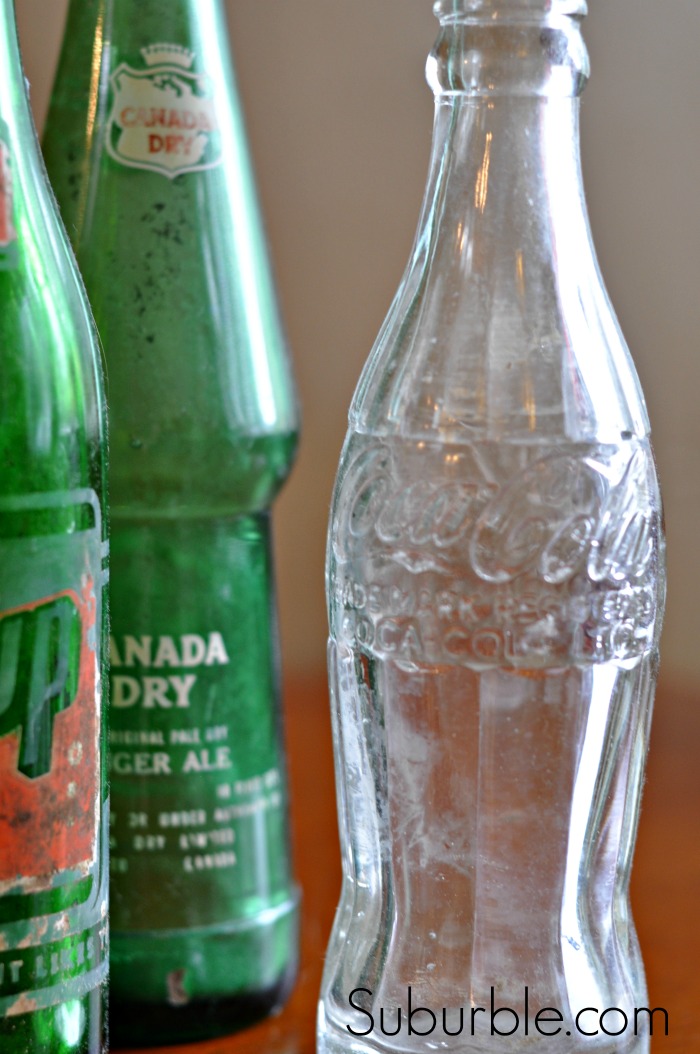 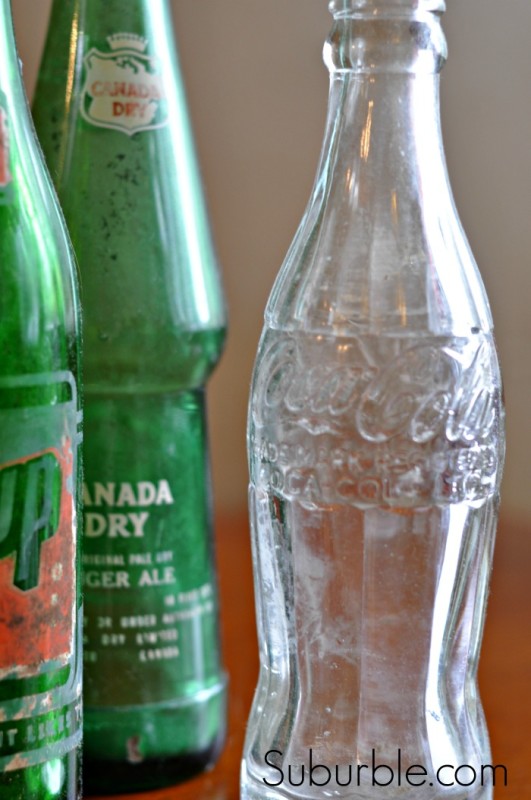 Back in “the day’, my dad used to work for Coca-Cola. It’s where he met some of his closest friends, and while it didn’t end up becoming his career, it’s obvious that he has a fondness for those days.

It’s shown in his eye for collectibles.

Not surprisingly, I have inherited this keen eye. Really, we’re both got a titch of “the hoard”.

I stroll through an antique store, and I see a flash of the familiar red and white of a Coke antique. Immediately, I head over. “Dad would LOVE that!”

In fact ,when the pop bottles shown above were unearthed at Mr. Suburble’s job site, he brought them home for me. Because if I didn’t want them, my dad would.

I don’t know why he and I are both collectors – *ahem!* or junk-addicts – at heart. Maybe it’s the thrill of the chase. Maybe it’s the feeling of getting something that is of value to us, but for a “steal”.

And when I walk down the aisles of the local thrift store with my two mini-thrifters in tow, I know that I’m perpetuating this legacy.

Happy Birthday, Dad! Thanks for giving me the gift of the ‘hoard’. It’s been a pretty useful trait. When I take stock of my inventory right now, I have collected two twin beds waiting for a lick of paint, three boxes full of things waiting for a stroke of Upcycling Genius, and a fairly extensive gallery of  cans of spray paint.

But I still want that radio.

Tell me (and my dad) that we’re not alone!