The Perfect (and easy) Pink Lemonade for Your Pink LemonAid Stand

This post is part of the YummyMummyClub.ca and Plan Canada’s Because I am a Girl #YMCPinkLemonAid sponsored program. I received compensation as a thank you for my participation. This post reflects my personal opinion about the information provided by the sponsors. 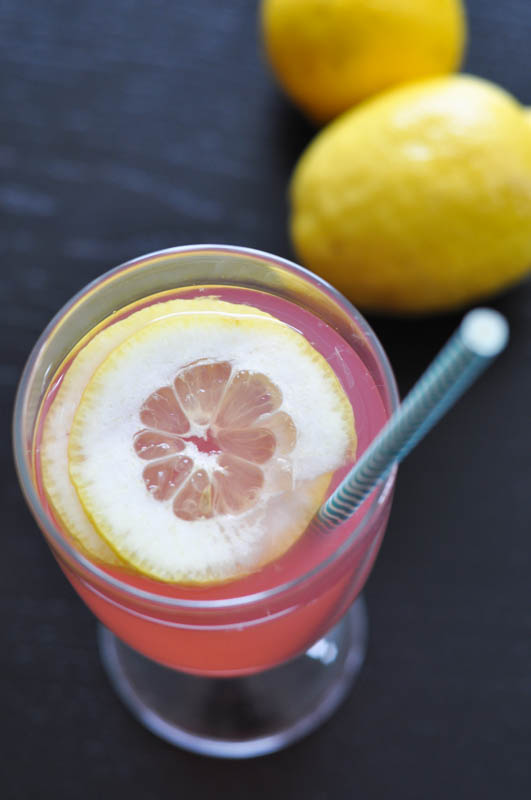 I am the eldest of four girls.

My mother has three sisters.

My father has six.

To say that my life has been a Festival of Estrogen is an understatement. This is even more true in our household, now that Mr. Suburble is outnumbered three to one. And while I think that I “know girls” – in that I’ve lived with girls my whole life and I know that typically, there is more emotion and mind-bending manipulation involved (especially in those horrible teenaged times)- I also know that it is important to raise girls to have a voice. To speak their minds when things get uncomfortable.

To know that their ideas have worth.

A lot has changed in our society over the past five decades. I won’t say that we’re cruising on easy street when it comes to gender roles and equality – that’s a whole hotbed of conversation there – but I will say that it’s gotten better. Progress has been made.

When I was asked if I’d like to talk about Plan Canada’s Because I am a Girl campaign, I immediately thought, “Yes. Yes, I would.”

I know that I take for granted the freedoms that I, and my girls, have when it comes to designing our lives. I am saving for my daughters’ university educations with the expectation that they use that money – if not for a four year program, for some sort of education. Something to hone their skills. I don’t worry about them ever being denied their education. I worry about them not taking that opportunity because they aren’t motivated.

I didn’t have to fight for the right for an education. I was careless with it. I walked through life with the phrase, “Be whatever you want to be” floating over my head. And that is a huge privilege that so many other girls and women don’t have. Their destinies are decided upon birth. They will stay home. They will have children. Their sons will go to school. Their daughters will not.

And I won’t say that staying home and raising children is a sheltered or even an oppressed life. I do that right now. I stay home, raise my girls, make dinners, occasionally vacuum.

But I was given that choice. And I still have years of education and a career to return to, once my family is ready for that transition.

In some of the poorest countries in the world, over 70% of people living in extreme poverty are women. Girls and women are three times more likely to be malnourished than men, and nearly every day, over 10,000 girls are married under the age of 15. And yet, by providing nutrition and only 7 years of education, those same girls will marry four years later and have 2.2 fewer children than if they had received no education at all. Statistics also show that a woman will invest nearly 90% of her earnings back into her family, compared to 40% invested by men.

And facts and figures aside… think about the role of a mother to her children. Her knowledge will be passed down to her children – both girls and boys. These children will see a mother who has an education, and will show them what possibilities are out there. It’s the beginning of change.

Plan Canada’s Because I Am A Girl campaign strives to provide education, protection and nutrition to marginalized girls and one of their signature fundraising efforts is the Pink LemonAid stand. By setting up your own Pink LemonAid stand, families can raise money through lemonade sales and pledges. 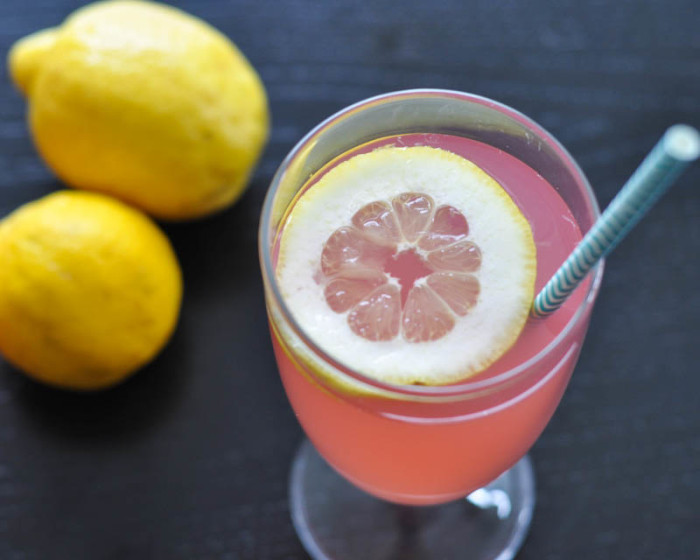 Visit the Pink LemonAid page on the Because I am a Girl website to download the materials. Print stickers and jar wraps and signage. Then whip up some pink lemonade to sell.

Easy Pink Lemonade
2014-07-18 11:08:44
Write a review
Save Recipe
Print
Ingredients
Instructions
Notes
By Tara
Suburble https://www.suburble.com/
Gussy up your lemonade with thinly sliced lemon wedges (which will also add a stronger lemon taste as they sit in the lemonade). Feeling even fancier? Serve it with a paper straw.

Tell people ahead of time that you’re having a Pink LemonAid stand, and that you’re raising money for girls’ rights. Set a fundraising goal, and try to reach it.

And if you’re swamped with life, but you want to support this initiative, then donate.

“Small actions drive big change” is the Because I Am A Girl tagline.

In developing countries, girls are denied basic human rights—simply because they are girls. Because I am a Girl is a global initiative to end gender inequality, promote girls’ rights, and lift millions of girls—and everyone around them out of poverty.

Plan Canada’s Pink LemonAid program is an easy and fun way to get involved and raise awareness and donations for Because I am a Girl. Your small actions can drive BIG Change.

Demolition is always the easiest part