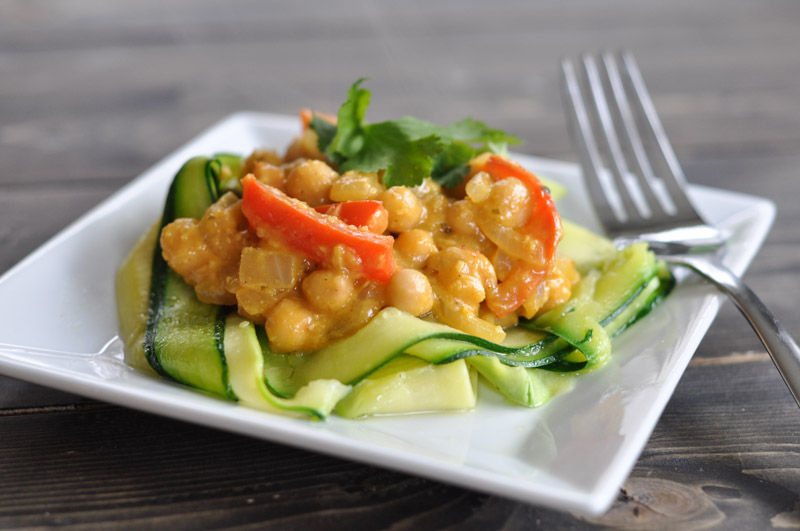 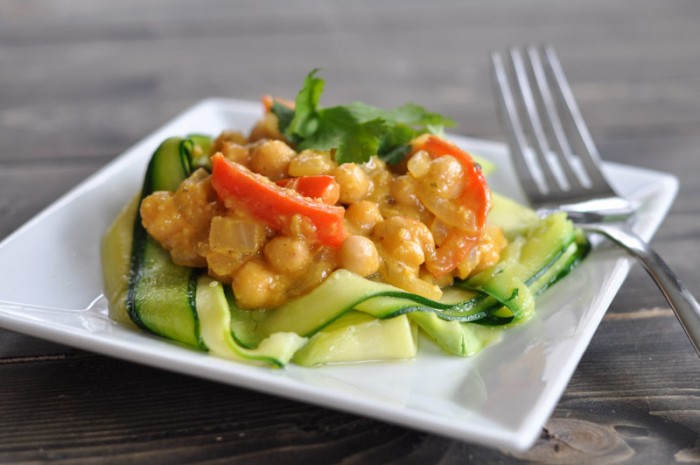 This month, as part of my partnership with Patak’s cooking sauces, I was challenged to make a gluten-free dish and share it with my readers. Gluten free living is something that I’ve been very aware of, but haven’t really had to work within its constraints – until recently.

In the past couple of months, I’ve met and befriended a neighbour whom has to live a gluten-free lifestyle. She keeps a separate toaster, separate peanut butter and jam, and separate foods from her family. Cross-contamination is a very real issue for her. And when we get together, I’m instantly plunged into that section of the grocery store – that small, but growing, gluten free section.

But many gluten-free foods live outside of that tiny little haunt of specialty products. Every single Canadian Patak’s product is 100% gluten free. When a company can claim that, it means that there isn’t any worry of cross-contamination in the products’ creation. You’re safe.

I decided to whip up a dish that I’ve been meaning to experiment with – zucchini noodles. I’ve had some friends rave about them, but due to Mr. Suburble’s raised eyebrow, I stayed away – until now. 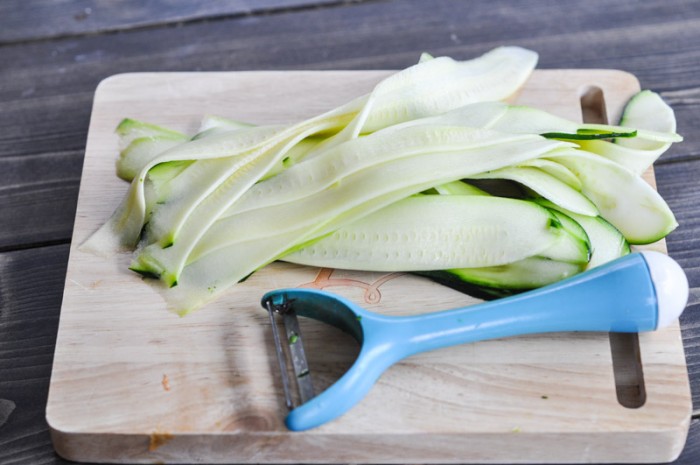 Most zucchini-ribbon experts on the internet call for a spiralizer to make zucchini noodles. I don’t have one of those (gasp! Get thee to Amazon, you crazy lady!), so I used my trusty Y peeler.

It worked pretty well; I think I can live without a spiralizer for now.

Because of how thin the zucchini ribbons are, you have to watch them carefully in the frying pan. I’d say that mine were done within only a few minutes. 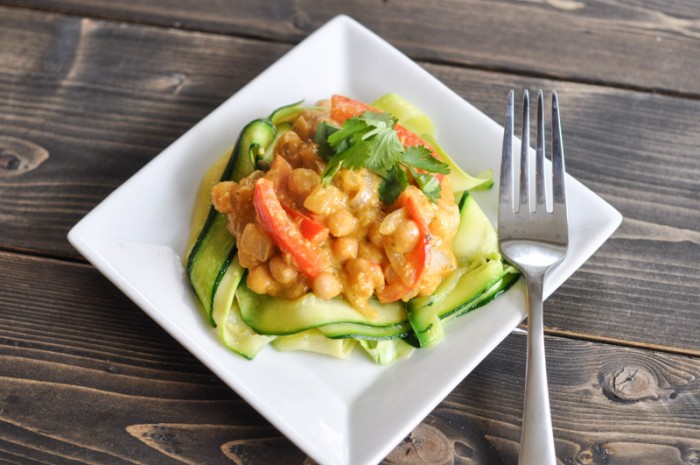 This dish was very quickly devoured. I can’t believe how tasty it was. Of course, I garnished with cilantro. I can’t help myself.

I should just grow the stuff this year. 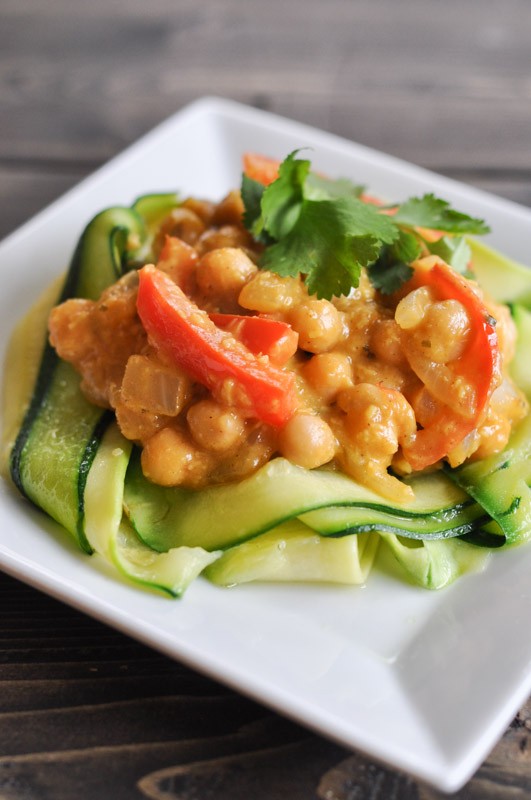 If you’re looking for a quick and easy gluten-free meal, grab a jar of Patak’s Korma sauce and get cooking!! It’s so colourful, even my zucchini-fearing Mr. Suburble wandered over to take a closer look.

Find many other great Indian recipes on Patak’s Good Korma – a collection of fabulous dishes.

I am part of the Patak’s Canada ambassador program and I receive special perks as part of my affiliation with this group. The opinions on this blog are my own.